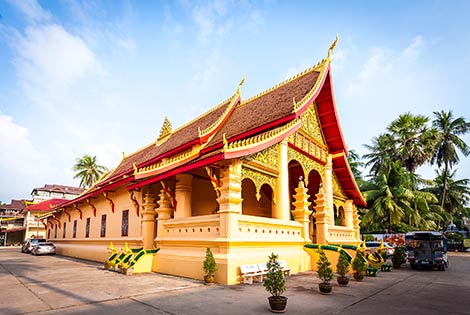 Built in the early 16th century by King Setthathirath, Wat Ongteu takes its name from the massive bronze Buddha that dominates its ordination hall – the largest Buddha image in Vientiane.

It was destroyed during the war against the Siamese and was rebuilt in the 19th and 20th centuries. Today, it is the center of Buddhist studies in Laos and home to the Supreme Patriarch, the country’s most senior religious leader.