Cities you Have to Visit in Laos

There are several cities to visit in Laos that together will give you a greater idea of the diversity and colour of the country. Four of these cities are accessible by air, with Vang Vieng being accessible from other parts of the country only by road.

But flying into these cities will not give you the same sense of adventure that travelling the country by road or boat will. You need to immerse yourself in Laos to truly get a picture of the stunning natural beauty of the country as a whole.

Buses, cars for hire and riverboats are the usual means of transportation for the citizens of Laos, and we recommend that you 'go local' in adopting their modes of travel. Spending at least a couple of days in each city will give you valuable insight into the day to day lifestyle of the Lao people.

This capital city may be unlike what you would consider a capital. Vientiane has a distinctly slower and laid-back pace of life to it. Stately, old, beautiful French colonial architecture is everywhere in the city, preserved even after the country gained independence.

Things to see include the Patuxai Victory Monument, Buddha Park, the Vientiane Night Market and Pha That Luang. Transportation is abundant and cheap, with taxis, tuk-tuks and motorbikes willing to take you to see the sights around the city.  Take a stroll along the promenade fronting the river to relax at the end of the day the way that Vientiane residents do. 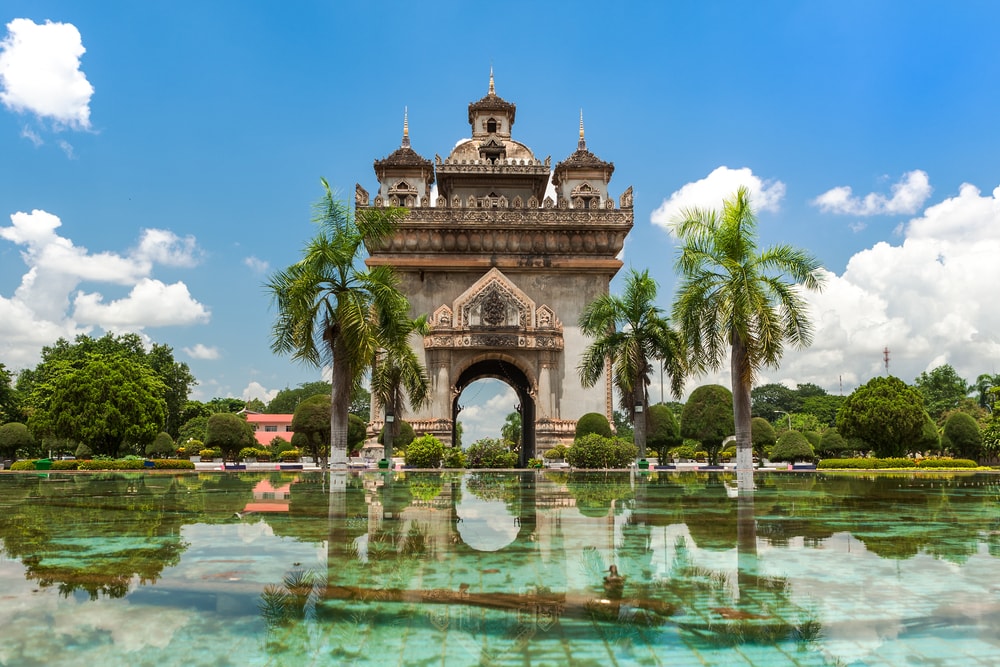 The ancient capital city of Luang Prabang province, the city of Luang Prabang  is located in a valley in northern Laos along the Mekong River. The city is a UNESCO world heritage site, that's surrounded by picturesque mountains and features French-colonial architecture along its peaceful streets. You can take a riverboat to this city from Vientiane.

Come for the relaxing beauty of this city full of unique cafes where you can sit, enjoy a cup of coffee and watch the comings and goings of the citizens. The city also features traditional wooden homes, royal structures and monuments and over thirty Buddhist temples or 'vats'.

The largest city in the northern province of Luang Nam Tha, Luang Namtha is popular for backpackers trekking the trail from China to Laos. It's also beginning to gain popularity for the hill tribe treks that are offered by several companies and originate from the city, and the local companies take advantage of the surrounding natural beauty by offering trekking trips along with kayaking and biking tours. Visits to the local Nam Dee Waterfalls are also a popular pastime.

Vang Vieng was first established in 1353 as a staging post on the Mekong River between Luang Prabang and Vientiane. It's now evolved into a tourism-oriented city with Backpacker accommodations, internet cafes, restaurants, bars and tour companies lining the main street of town.

A popular activity in Vang Vieng is to take an inner-tubing or kayaking trip out along the Mekong. The river is usually calm, but during the monsoon season, rapids can develop, which are an attraction for the more adventurous visitors.

There is a market five kilometres north of the main city where you will find an abundance of traditional Lao textiles, food delicacies and household goods. The town is also home to many Kmou, Hmong and ethnic Lao villages.

This is a smaller city on the Laos and Thailand border that is situated on the banks of the Mekong River. The capital of the Bokeo province, one of the sights to see in Huay Xai is the Jom Khao Manilat Temple. This is a 19th-century shrine built entirely from teak wood that is painted in brilliant colours and is a must-see for visitors to the city.

In the jungle, about a 3-hour drive from the city is The Gibbon Experience. The Gibbon Experience is within the Nam Kan National Park and features almost 15-kilometres of connected ziplines and wooden tree-houses where you can spend the night. The park is home to gibbons, elephants, tigers and buffalo.

Back in town, one of the more popular activities is to visit one of the abundant cafes and restaurants that line the banks of the Mekong and sip a cold beer while you watch the comings and goings of boats along the river.